The jury, consisting of Ryan Harrington, Sahra Mani and Toni Kamau, awarded Writing With Fire the Grand Jury Documentary Award. Journalists Meera, Suneeta and Shyamkali confront opposition, suspicion and condescension in this documentary as they report on India’s news from a feminist and Dalit perspective.

From the jury report: “It’s rare to find a piece of cinema that speaks truth to power, brings voice to the voiceless and highlights important issues around marginalized communities – all while inspiring audiences and creating actual change. In this era of fake news, it is more urgent than ever to lift-up and celebrate unbiased reporting. The intrepid women featured in this film are shining examples of how we must never stop defending and protecting the fragility of the freedom of press.“

Director Daniel Roher received a Special Mention from the jury for the documentary Navalny. The filmmaker followed Russian opposition leader Alexei Navalny in his search for the perpetrators behind the failed attempt on his life. Eternal Spring (長春) by Jason Loftus also received a Special Mention from the jury this year for the thrilling and emotional story of a group of Falun Gong practitioners who managed to shortly take over Chinese state TV. 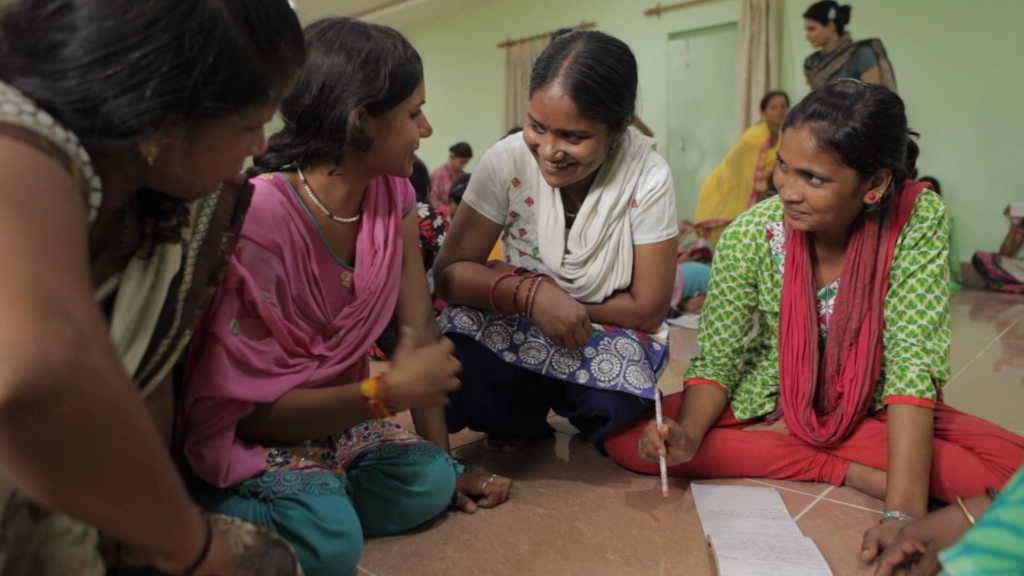 The jury for this award consisted of Monique van de Ven (chairman), Aboozar Amini and Kaouther Ben Hania. Erasing Frank is a disquieting drama about a punk singer who is arrested by the regime of communist Hungary for anti-state arousal and propaganda.

From the jury report: “Freedom of speech is a universal and incredibly urgent topic. Think of the wars that are raging right now. The story of this film does not belong to one country but is a universal one, it’s a visual sensory nightmare that goes beyond its original country, it’s more like our conscious collective nightmare. More than a narrative it was really a visual experience. We were totally in awe. The cinematography, the production design and especially the operating of the camera, accompanying the protagonist right next to his shoulder, in intimate proximity, it all sucked us in. Erasing Frank, by director Gábor Fabricius and brilliant actor Zayzon Zsolt, wants to awaken us. In times that fear overrules, this film invites you to express your emotions and forces you to stand up and use your voice. In the world that we’re living in right now, it’s more than urgent to see this film.“

The Territory by Alex Pritz

The jury consisting of Abdoulaye Diallo, Celina Escher, Gerard Steeghs, Laura Wennekes and Tadeusz Strączek presented the Activist Award to director Alex Pritz for his documentary The Territory: in which the indigenous people Uru-eu-wau-wau fight against oppression by the political Bolsonaro’s regime.

From the jury report: “A film which inspires and wakes up the urgency of a global matter, the environmental crisis we are living in, and gives hope that people can fight back in innovative ways. A cinematic experience, with impressive and poetic cinematography, an excellent sound design of the Amazonia forest which allows us to fully immerse in the storytelling following protagonist Bitaté, the young indigenous Uru-Eu-Wau-Wau leader.”

A Special Mention went out to the documentary Writing With Fire by Rintu Thomas and Sushmit Ghosh. A brave story of female journalists taking on the patriarchal establishment in India.

The Activist programme is made possible by the Ministry of Foreign Affairs and the Dutch National Postcode Lottery. 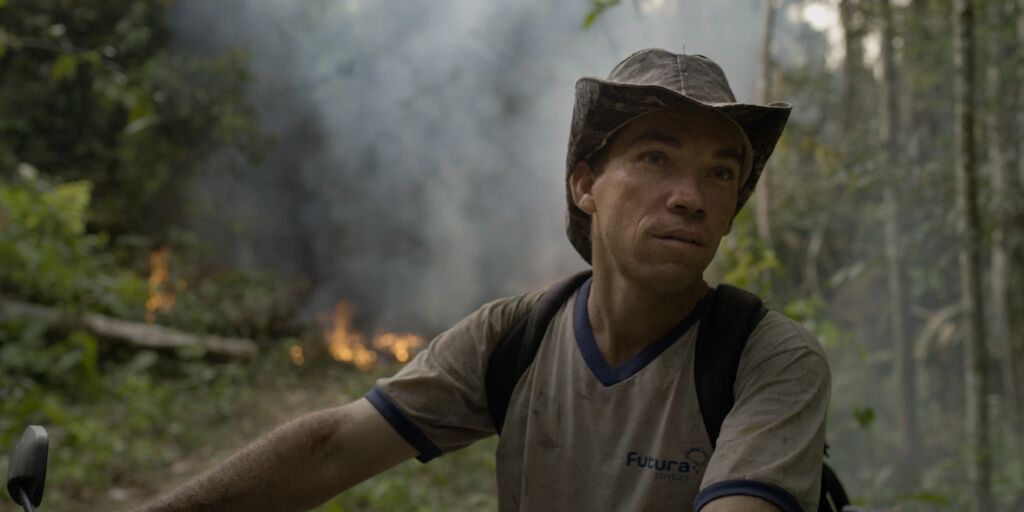 The Camera Justitia jury, consisting of chairman Tamara Trotman, Ehab Al Khatib, Ingrid van Tol, Anna Har and Thomas Spijkerboer. The jury awarded the Award for the best film on law and justice to the makers of Myanmar Diaries. A special documentary made by ten young anonymous filmmakers, combined with footage from brave citizen journalists, filmed in the streets of Myanmar.

From the jury report: “The topic is urgent, the filmmakers are brave and had to work under difficult conditions, but the anonymous Myanmar film collective succeeded in finding creative ways to tell their kaleidoscopic stories with very modest means due to the circumstances. All the short films showed cinematic craft and are artistically strong in their own right. But through the quality of the editing and the almost suffocating storytelling, the various diary entries with different types of footage were welded together into a wonderful work of art.”

Camera Justitia is made possible in part by the Municipality of The Hague and vfonds. 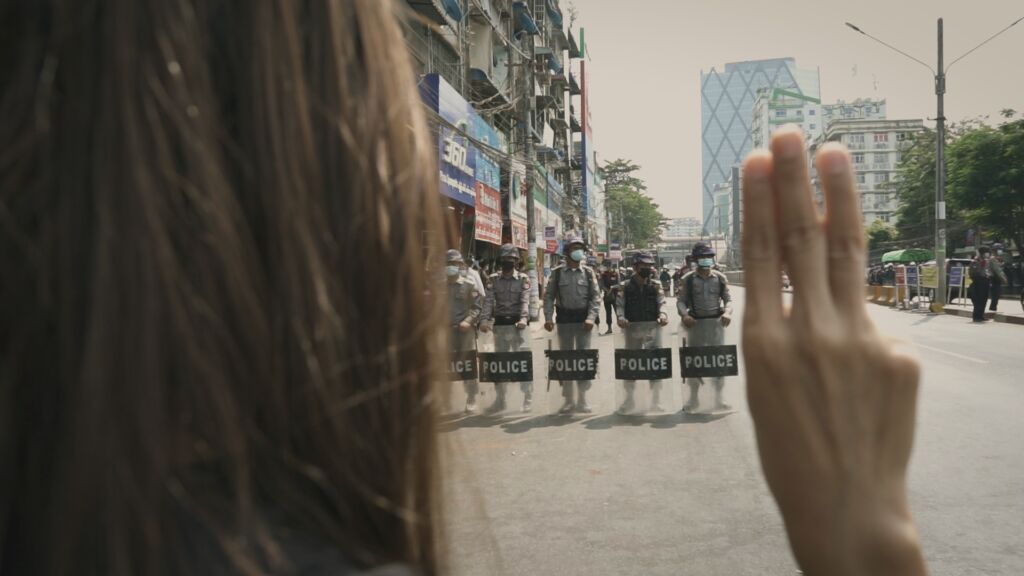 Huda’s Salon by director Hany Abu-Assad has been awarded the Dutch Movies Matter Award by the jury. The film depicts the diabolical dilemma facing Palestinian Huda after being blackmailed into betraying her own people.

The jury, consisting of Sofia Tocar, Alex Poblete, Dawood Hilmandi, Hans Bosscher and Eefje Blankevoort: “A gripping feminist thriller. A war story, a story about resistance, collaboration and survival. Set in the Occupied Territories. It is a film made with immense bravery. Unapologetically in its criticism of a society dealing with oppression, from the outside and from within. It is also a strong reminder that in any type of conflict, women tend to get the short end of the stick.”

Dutch Movies Matter is made possible in part by VEVAM, the copyright organisation for directors. 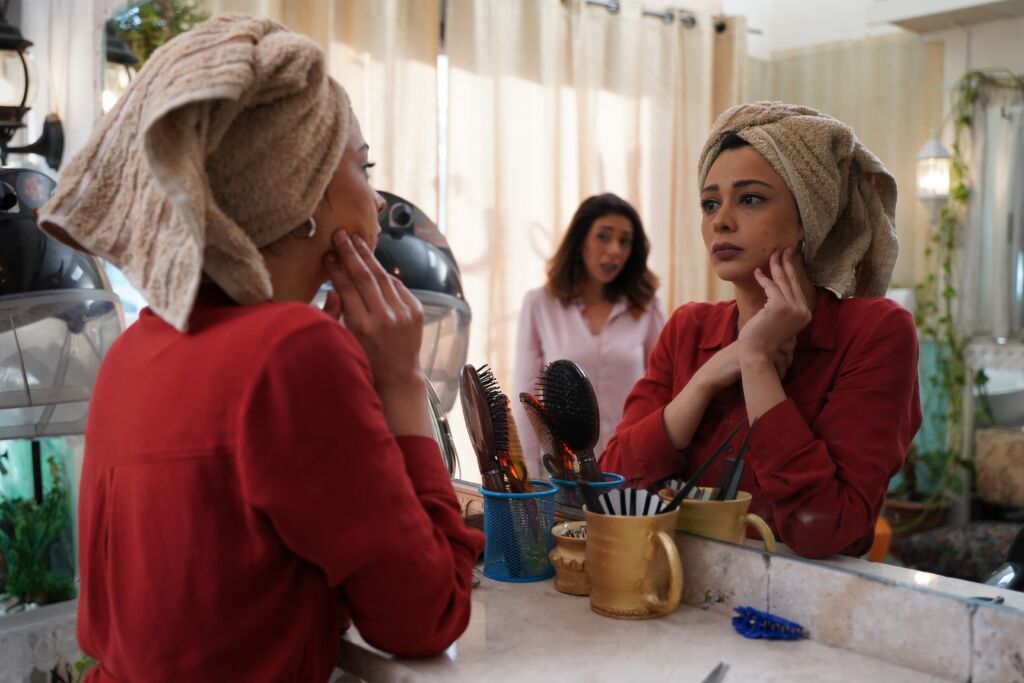 Little Palestine, Diary of a Siege by Abdallah Al-Khatib

The documentary Little Palestine, Diary of a Siege was awarded the Students’ Choice Award by the jury consisting of Dana Pokojna, Jasmine Velasquez, Mariza Hruska and Sara Mandis.

Students’ Choice was established in collaboration with the University of Leiden. 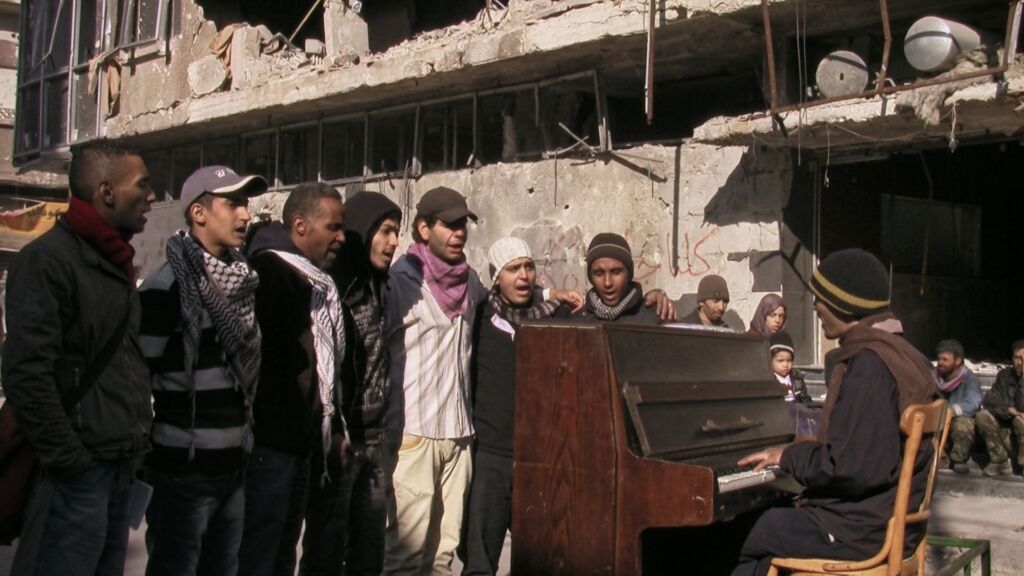 My Uncle Tudor by Olga Lucovnicova

The short documentary My Uncle Tudor was awarded the Shorts Award by the jury consisting of Emilia Mazik, Kees Vlaanderen and Manu Sobral.

From the jury report: “Multilayered, poetic and deeply personal film, which proves that filmmaking can be a tool to confront and heal traumas. In a conversation with her relatives, the filmmaker undermines the concepts of patriarchal family and childhood nostalgia. Thanks to her ability to see the details and stunning cinematography, the story is told in a subtle, yet powerful way. We believe that her voice – and many other sex abuse survivors must be heard.”

Director Olivia Martin McGuire received a Special Mention this year for her film Freedom Swimmer: the impressive story of a man and his failed attempts to swim from China in the 1970s. The short fiction film Techno, Mama by Saulius Baradinskas also received a Special Mention. The film tells the story of Nikita who wants nothing more than to visit his dream club Berghain, but is stopped by his abusive mother.

The shorts programme is made possible by HUMAN. 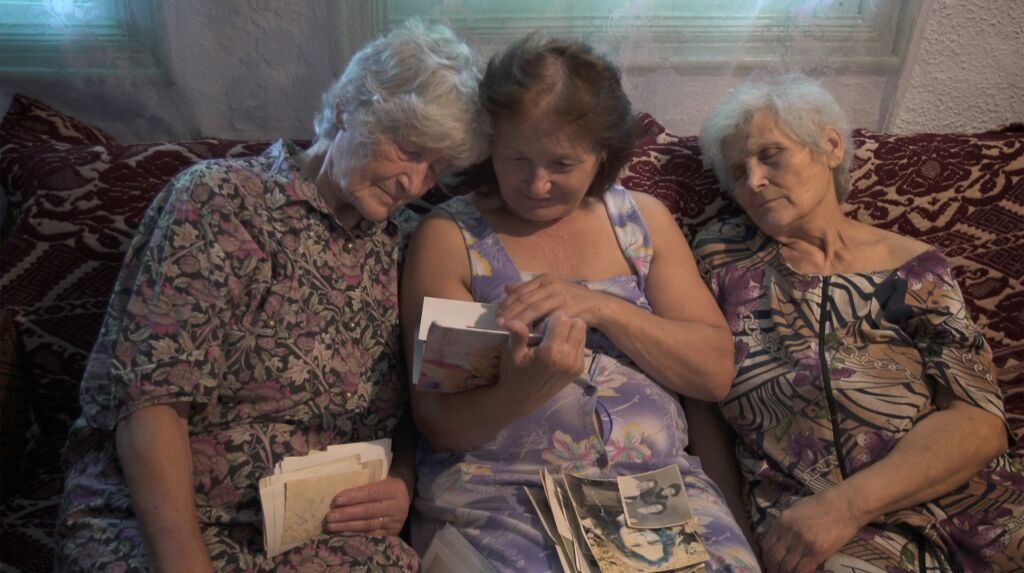 The documentary Navalny by director Daniel Roher has won the audience award worth €5,000. The must-see documentary about the former Russian opposition leader Navalny opened the 14th edition of the festival. After the premiere, the film received a standing ovation, just like at all international festivals where the film was selected.

The Territory by Alex Pritz (also winner of the Activist Documentary Award) finished in second place and in third place is Ik ben een bastaard by Ahmet Polat, which also received a special mention from the Dutch Movies Matter jury. 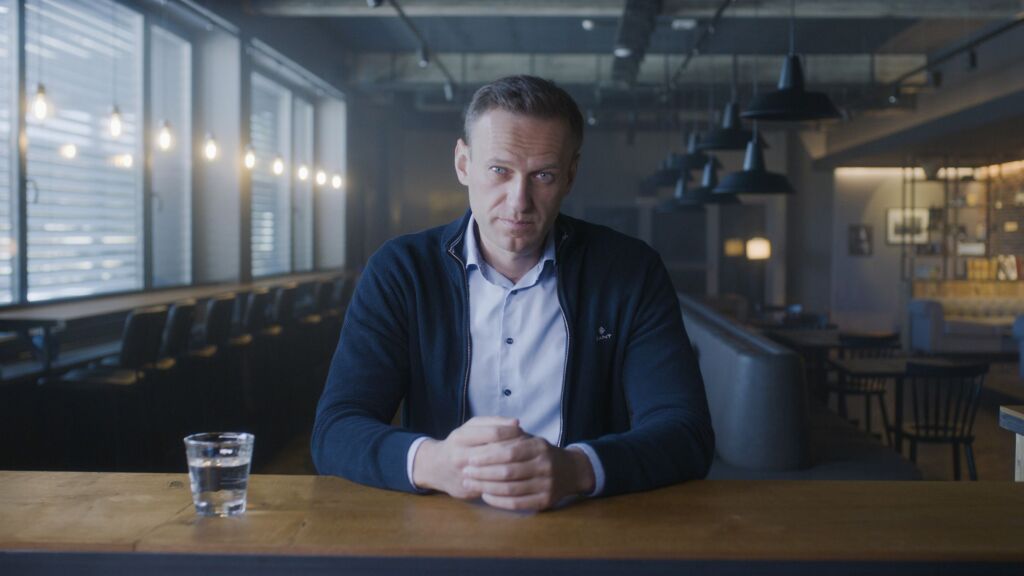