During their stay at our festival, Movies that Matter supports protagonists from documentaries with a network and impact programme, and by offering them a stage at screenings and in the media. And we keep supporting them back home. With our Activist outreach and impact funding, Movies that Matter facilitates screenings in their home country, creating more awareness for the film and the work of the activists. 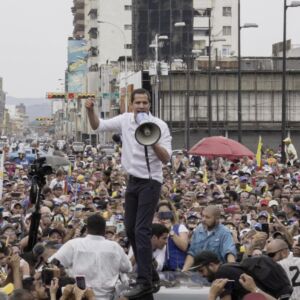 Insightful documentary chronicling the massive Venezuelan protests of 2017 and the contested presidential elections two years later. With a wide range of voices, from medical workers and a barber to opposition leaders and supporters of president Maduro. Telling a story playing out throughout the world today: that of authoritarianism versus democracy. The goals of the outreach project is to raise awareness, inspire people to take action and to do advocacy for the humanitarian and political situation in Venezuela. By organising virtual screenings, high level panels and a strong social media campaign international attention will be created between August and December 2021. 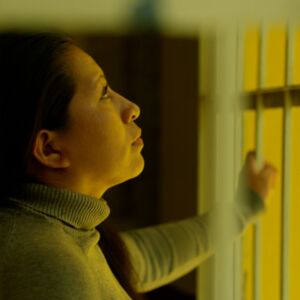 Inspiring portrait of Teodora del Carmen Vásquez from El Salvador. After her baby was born dead, she was convicted to thirty years imprisonment for aggravated homicide. In prison she finds out that she is not the only one. Together, the women decide to take a stand. The women called themselves ‘The 17’, and Vásquez became their spokesperson. With the impact campaign the film team together with Teodora will organise screenings in the capital San Salvador followed by screenings in several communities in El Salvador. The screenings will be followed by conversations with ‘the 17’, local communities and organisations. A booklet with information about reproductive rights & health will be made and handed out to the audience. 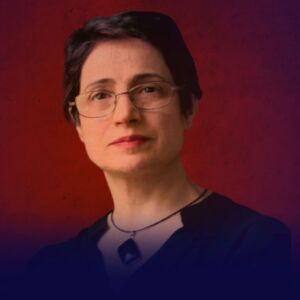 Secretly filmed personal portrait of Iranian human rights lawyer Nasrin Sotoudeh. The fact that she is currently in prison for standing up for human and women’s rights, makes this documentary all the more urgent. The outreach projects focuses on creating even more awareness for Nasrin’s case and freedom and to spark awareness, concern, and action on behalf of human rights and at-risk activists around the globe. The activities will take place between August 2020 and March 2021 and include screenings of the film in multiple countries, online panels, a social media campaign and the first in-persons screening of the film in the USA. 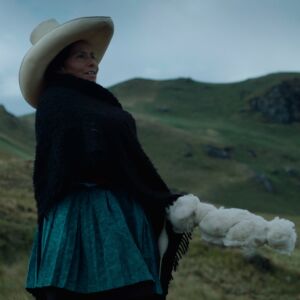 Peruvian shepherdess Máxima Acuña takes on a gold-mining giant wanting to remove her from her land. The odds are against her: the company has police backing, and very deep pockets indeed. The outreach project consists of (online) screenings in the US and Peru followed by Q&As with Máxima, her lawyer and director Claudia Sparrow. It will give audiences the possibility to learn more about the (environmental) impact of gold mining and helps to make well informed decisions. The screenings will take place in the fall of 2020 and are linked to an interactive website with all kinds of possibilities to (financially) support Máxima and her family.

Atalya is a 19-year-old faced with the biggest dilemma of her life: should she follow the order to enlist in the Israeli army? With the help of the outreach project, screenings of the film in Israel and the Palestinian Territories will be organised from October 2020 – October 2021. They will be followed by Q&As with Atalya, her brother and director, to promote dialogue, and show young people there is an alternative path outside military service. They will also develop the Objector Dicussion Guide including facts and figures about the theme of the film and an Action Guide highlighting various campaigns and organisations. 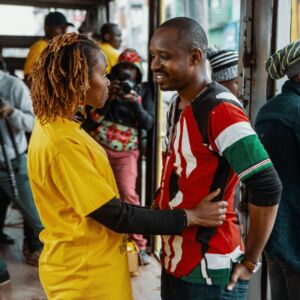 Sick and tired of the corruption and tribal hatred in Kenyan politics, news photographer Boniface Mwangi decides to run for a seat in parliament. The outreach project consists of (online) screenings of the film in Kenya followed by Q&A’s with Boniface linked to an interactive Citizen’s Handbook on a website as an impact tool for stakeholders, changemakers and the audience. The project also involves the Kenian national premiere and TV broadcast and aims to inspire the ‘movable middle’ in Kenya to become more active citizens. This will all take place between September 2020 and April 2021. 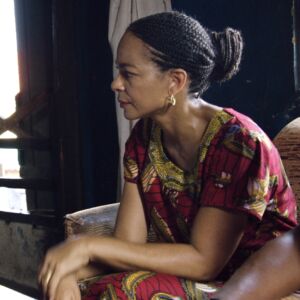 Nigerian theatre director Ifeoma Fafunwa descends on the floating slum of Makoko to stage her play about female oppression. Starring brave local women who slowly but surely work up the courage to speak the truth in front of their whole community. With the outreach project the film will be screened on the main community square in Makoko and followed by discussions with chiefs and kings of the community, the protagonists, religious leaders, the local “performers” and of course the audience. The goal of the screenings is to create more awareness about an equal society for all and discuss the current of male dominance and inequality. Additional screenings at cultural institutions and universities are planned, taking place in the first half of 2021. 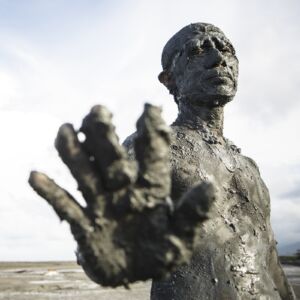 Fifteen Indonesian villages are buried under a thick layer of grit, creating an ominous moon landscape. The villages were devastated by a huge mudslide as a result of gas drilling operations. After narrowly escaping the churning mudflow as a child, Dian Maharani now claims justice. Together with her mother, she stands up against exploration company Lapindo, that declines all responsibility. The film is used to bring together various communities, each of which are struggling to defend their right to a healthy environment. The screenings will be held in at least six communities that have support groups/NGO’s. Film screenings are followed by a Q&A with a local activist and local academic or NGO representative. 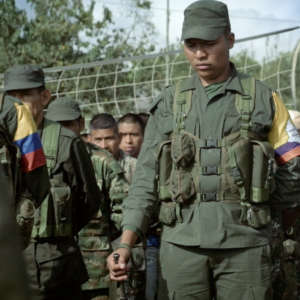 As teenagers, they decided to fight for FARC. Now that a peace agreement has been signed in Colombia, the children of Caldono return to their bombed village. The question is how the villagers will welcome them: with forgiveness or retaliation? The documentary will be screened in six rural villages in the Cauca department of Colombia that are among the most attacked villages during the war between the Colombian government and the FARC rebels. After the film a Q&A is organised with the protagonist of the film Farid, a victim and an ex FARC rebel to find common ground and ways for reconcillations.