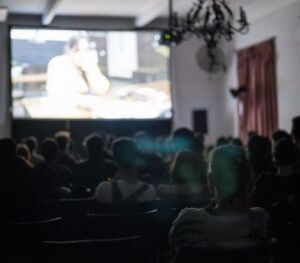 The first edition of Vecine Fiorito – Festival de Cine de Derechos Humanos will be a community film festival in Villa Fiorito, a poor neighbourhood in the south of Buenos Aires. It is a free-access event that aims to create a space for reflection and debate on human rights issues, mainly related to gender and gender-based discrimination. The programme consists of seven films, one of which will receive the audience award. The festival, which is a collaborative project between Argentinean organisations El Hormiguero, Vecine Festival and Belleza Fiorito, targets the entire community of Villa Fiorito, but has a specific focus on youth, young mothers and young families.

In Belarus, where freedom of expression and freedom of peaceful assembly are both severely restricted, it is not safe and easy to organise film screenings about human dignity and human rights. Yet this is exactly what is happening in Belarus. Screenings take place both in cinemas and cultural centres in different parts of the country. In Belarus, most of the media is state-owned, and non-state media are tightly controlled by the government. Therefore, this film festival in Belarus is not only a hangout or party, but also harbour for intellectual exchange. The festival challenges the 2500-3500 visitors to ask questions and speak out. 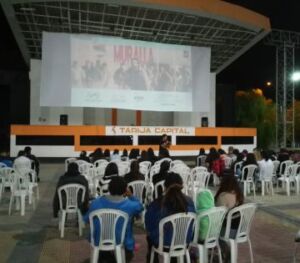 The 5th edition of this festival will take place in La Paz and other regions in Bolivia. The film programme is complemented with Q&As, workshops and masterclasses with many (local) human rights partners. Screenings take place in a variety of local theatres and outdoors. Vulnerable and rural populations are the festival’s main target group, in addition to the culturally deprived population. The organisation aims to provide a space of reflection and cultural development, by screening socially committed and award-winning films, and inviting human rights defenders at festival screenings from all over the country. 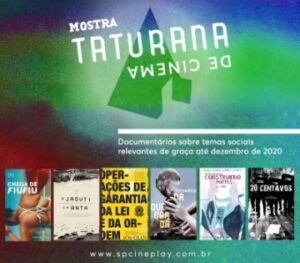 The 2nd edition of the Taturana human rights film festival, organised by Brazilian Instituto Taturana, is expected to reach up to 10,000 people. The festival will take place in six venues across the city of Sao Paulo, including cultural centres, cinemas and public schools. The organisation intends to broaden the urgent dialogue on democracy and institutional racism in Brazil, including debates with black leaders and intellectuals from diverse fields of study. Using their extensive network, the organisation will ensure a travelling festival in a self-managed and decentralised way throughout the country, creating spaces for dialogue with a diverse audience. 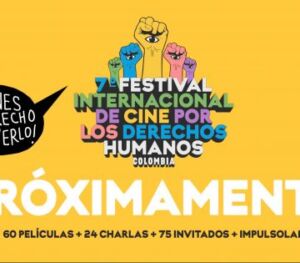 Films for Human Rights is a digital platform for the circulation and exhibition of human rights films and audiovisual content in Colombia and Latin America. The platform aims to encourage active participation of civil society, the state and international cooperation. Confronted with many cases of human right violations in Colombia, the organisation uses the power of cinema to change paradigms, imaginaries and to build memories. Raising awareness among the Colombian population, through the screen, becomes essential. Donations for the online screenings will go to strengthen human rights initiatives or social causes. An estimated number of 45.000 people will be reached through the platform. 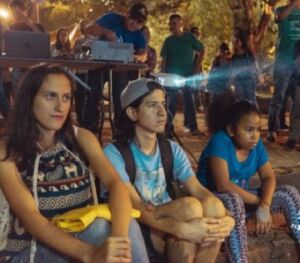 The 4th edition of the bi-annual FINCALI about environmental issues will be held both online and offline. Digital film screenings are presented through the digital space Pantalla Verde / Green Screen. Physical screenings take place at universities, community neighbourhoods and cultural spaces in the cities of Cali and Palmira, with free admission. Part of the grant will be spent on the new competition Environmental Pacific for films from the region that visualise positive practices or negative interactions with the environment. An outreach tour to villages in the Pacific region is also part of the project. 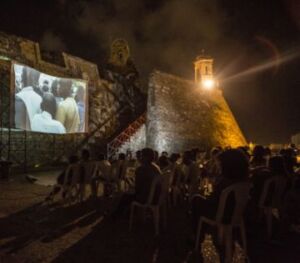 MUICA is a bi-annual African Film Festival in Cartagena, Bogotá and Cali. Screenings take place at cinemas, cultural centres, libraries, universities, schools and working-class neighbourhoods in each city. A total of 12 films will be screened, followed by panel discussions with local guests, film directors and activists. The travelling festival aims at reaching 4500 audiences from different backgrounds, including Colombian citizens from African descent. This 4th edition will also travel to the Pacific region. The festival is organised by Otro Sur, a non-profit association promoting cultural exchange between Africa and Latin America. 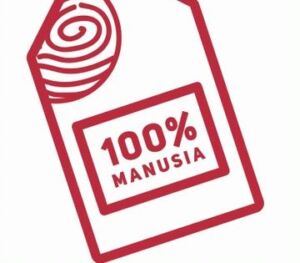 The 4th edition of the 100% Manusia Film Festival (100% Human Film Festival) should have contained screenings in Jakarta, Tangerang, Bekasi and Depok. However, instead of screenings in cultural centres, co-working spaces, art houses and universities, the screenings will be held 100% online. The festival’s theme is ‘Courage’, with films that encourage people to stand up and speak out. 100% Human Film Festival aims to release all individuals from labels, stereotypes, prejudices, stigma, and realise equality for all. As the festival would like to open doors of opportunity and give access to layers of society, all film screenings and fringe events are free of charge. 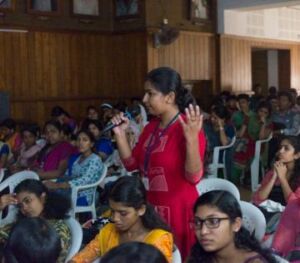 At the brand new The Outsider Moving Art & Film Festival an array of identities will be explored through film screenings, interactive performances, workshops, conferences and debates. While India prohibits discrimination based on class, religion or gender, reality is different. The festival raises awareness and makes space for dialogue about human rights issues, including gender-based discrimination, social inequality and freedom of religion. By travelling to eight different towns in Uttar Pradesh and Rajasthan, combined with ten spontaneous stops, the mobile festival expects to reach a wide and diverse audience of more than 5000 people. The festival is organised by the NGO Hers is Ours. 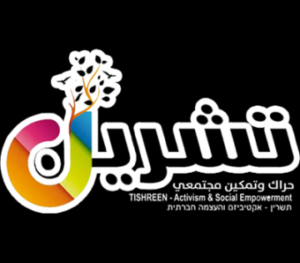 The ‘We Are Here’ Women’s Rights Film Festival will screen eight documentaries and two shorts at Tishreen’s own cultural space, high schools and student parliaments in the Triangle region. The festival takes place between two important dates: International Women’s Day (March 8th) and Palestinian Land Day (March 30th). This is symbolic for the themes of the festival, which highlights the underrepresentation and poverty of the Palestinian population in Israel and specifically the way women are suffering in this patriarchal and traditional society. The festival promotes grassroots activism and wants to strengthen society in the fight for justice. 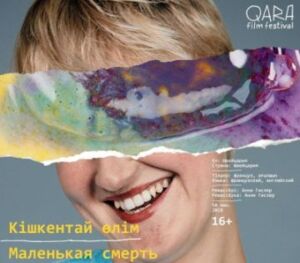 Qara Film Festival is an independent documentary film festival in Kazakhstan. Intending to challenge the cultural separation between Russian- and Kazakh-speaking audiences, the festival initiates open discussions on pressing issues by screening human rights films. About 15 documentaries will be screened in this 2nd festival edition, both online and offline, reaching an expected audience of 4500 people. Topics include female objectification in a patriarchal society, online child abuse, art activism, perception on beauty and disability, mental health and the environmental crisis. Through a competition programme and a pitching event for local filmmakers, Qara Film Festival intends to strengthen the Kazakh film production climate. 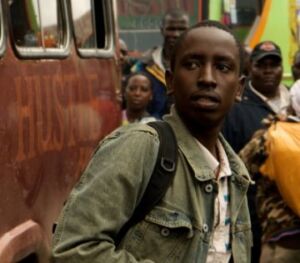 Kenya – Under Our Skin International Film Festival on Human Rights

The 1st edition of the Under Our Skin International Film Festival on Human Rights will take place in the capital Nairobi and near the coast in Kilifi expecting a total of more than 6000 diverse audiences. About 14 films will be presented in both cultural hubs and in the open air, followed by panel discussions and community dialogues. In Nairobi film screenings will also be organised in informal settlements like Kibera and Mathare. Thematically the festival focuses on expression as right, failed state of justice, and injustice by design. The festival is organised by the Mathare Social Justice Center. 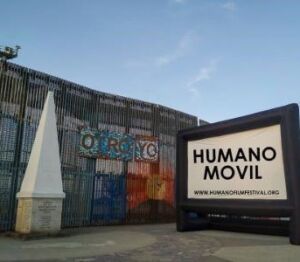 The Humano Film Festival is held in the city of Tijuana, a city built on migrants from all over the world. The second edition of this film festival aims to reach a large audience, focusing on those with limited access to education, culture and other fundamental rights. Humano Film Festival takes place in three areas of Tijuana, and involves screenings near the frontier fence and the public beach, as well as public basketball courts. With film screenings, debates, a health fair, a film production competition and other activities, the festival aims to spark awareness and discussion on human rights among approximately 2500 visitors. 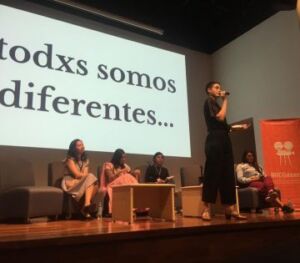 The 9th edition of MICGénero will be held online. The festival, focusing on gender and human rights, aims to reach 30.000 views. Alongside documentaries, fiction short and feature films, the festival will feature Q&As with filmmakers and ‘100 hours of activism’, a programme in which public officials, NGOs, activist and academics are invited to donate an hour of their time and talk about the films, thus generating spaces for discussion on human rights. Furthermore, the festival will feature online workshops, masterclasses and conferences, all of them focusing on subjects related to gender perspective and human rights. 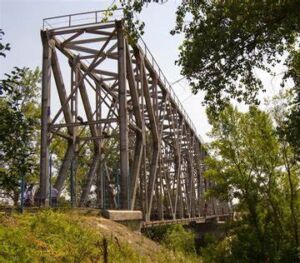 MOLDOX Bridges is the spin-off of the annual MOLDOX documentary festival in Cahul, Southern Moldova. Festival screenings will be organised in Ungheni, close to the border with Romania. By screening 10 to 12 high-quality documentaries in this peripheral town, MOLDOX Bridges aims to increase public awareness and debate about urgent social topics. Screenings are complemented by debates, Q&A sessions, a photo exhibition and a 5-day documentary filmmaking workshop. The festivals targets a young audience, aiming for at least 1500 visitors. 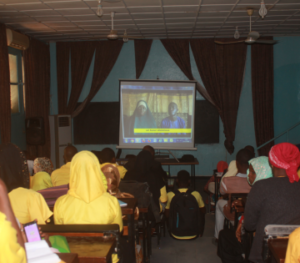 In Niger, a mobile film festival on human rights will be held in 30 villages in the Tillabéry region and 30 colleges in and around the capital Niamey. As elections are coming up in Niger, the organisation FIFIDHO wants to make people conscious of their electoral rights and freedoms and raise attention to the malpractice of ‘buying votes’ in rural areas. Other topics include forced marriage and girls’ rights to education. By travelling through the region and setting up daily film screenings for more than a month, the organisers expect to reach 45,000 people. The project will be followed by the annual FIFIDHO International Human Rights Film Festival in Niamey and Maradi. 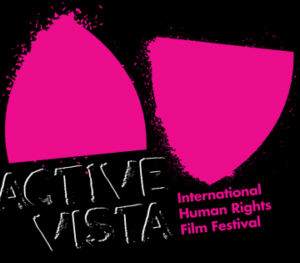 This year’s edition of Active Vista International Human Rights Film Festival will be held online. The festival will organise film talks, a podcast, events on human rights, and of course film screenings, aiming to reach around 8.000 visitors. Active Vista runs education and training programmes on Human Rights, Digital Activism, Arts and Advocacy labs and Public Engagement activities. Central to its work are the Active Vista Human Rights Festival and its Film Outreach Program, which organises regular screenings with forums in schools and communities. 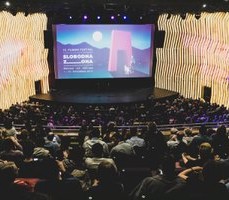 The 16th Free Zone Belgrade Film Festival will screen up to 50 engaged art house films in 9 movie theatres across Belgrade, Nis and Novi Sad. This year’s edition will feature a new programme, called ‘Green Zone’. This programme covers the topic of environmental awareness, drawing attention of the audience to a healthier and more responsible behaviour in general towards the planet. Due to the outbreak of the virus Covid-19 and the state’s decision to close all cultural venues for the time being, the festival team has decided to launch a ‘Free Zone Online’ VOD platform. The platform will consist of approximately 100 fiction and documentary films dealing with human right issues. 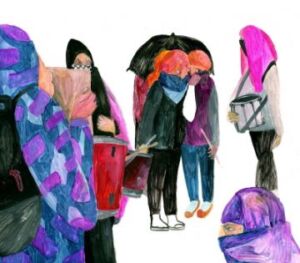 The first edition of the Feminist Film Festival in Ukraine is aimed at creating spaces for the (re)presentation, articulation, and popularising of feminist intersectional activism and discussion. About 16 films will be screened online, including audio description and sign language, followed by in-depth discussions. The festival organisers intend to create an open and inclusive space for debate on human rights, and to inspire and empower local audiences, reaching an expected 2200 visitors. In its programming the festival also focuses on transgender and antiracist activism. The NGO Freefilmers also aims to have a representative of several intersecting marginalised groups in its organising team 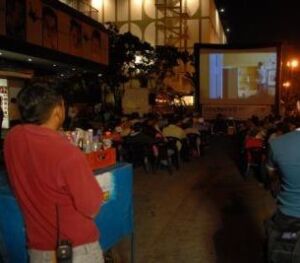 The second edition of Miradas Diversas Festival consists of two weeks of screenings in Caracas, Barquisimeto, Valencia, Maracaibo and Mérida, mainly targeting NGOs and youth, and aiming to reach a total number of 2.000 visitors. The screenings take place in Cine Paseo movie theatre, a public space (open-air) and communities, cultural spaces, film clubs and universities. With its second edition approaching, the festival seeks to broaden the range of spectators with a greater awareness of human rights and to open the doors for discussion and deliberation in the communities, and to reach two more cities than with the first edition. The festival will concentrate its efforts on obtaining the participation of a greater number of human rights organisations.