To promote the screenings of human rights cinema worldwide, Movies that Matter offers grants to human rights film events in Africa, Asia, Latin America, the Middle East and Eastern Europe, especially in countries with limited resources and freedom of press. These events can take various forms, such as human rights film festivals, LGBTI film festivals and mobile cinema projects. In 2021, we support the following projects:

The Peace for Tomorrow Film Festival presents a series of four weekends with screenings in four different cities in China on the topic of migration and refugees. The screenings are organised in cooperation with local film clubs and aim to target an audience that can support refugee communities, journalists, activists and students. After each screening there will be a debate about the topic of the film with directors, scholars on the field, and international practitioners. The Peace for Tomorrow Film Festival is estimated to attract a total number of 1.600 visitors. 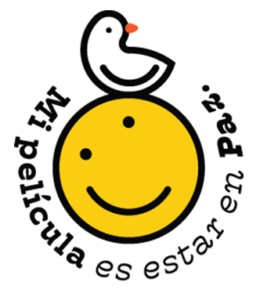 Colombia – My Movie is to be in Peace

The 2nd edition of the My Movie is to be in Peace festival aims to combine online, broadcast and offline screenings. The offline screenings will take place in four peripheral communities and three former guerrilla camps (AETCRs). The three AETCRs Los Monos (Cauca), Filipinas (Arauca) and Pondores (Guajira) will receive a Cinema Box for Peace, each as a tool for watching and discussing films on a monthly basis. The films that have been selected mainly revolve around land and power. There will be possibilities for debates and conversations both online, with the broadcast and offline. The My Movie is to be in Peace festival is aiming for a total number of 10.500 visitors. 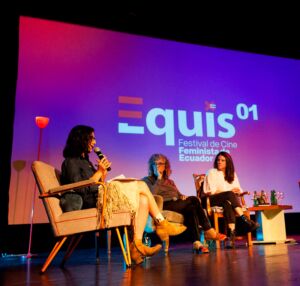 The 3rd edition of EQUIS will take place from 11 – 22 November 2021 in a hybrid format. The feminist film festival offers a wide range of activities: open air and cinema screenings in Quito, virtual screenings, a drive-in cinema, Q&A’s, a stop-motion and autobiographical documentary workshop for migrant women; and a round table on female Ecuadorian film-makers. Special attention is given to women in vulnerable situations and women without internet access. The EQUIS Feminist Film Festival is estimated to reach 2.500 visitors. 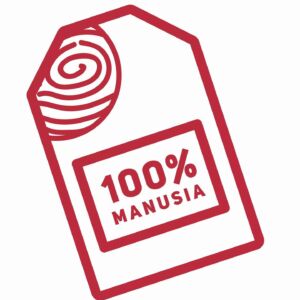 Jakarta’s annual 100% Manusia Film Festival will present its 5th edition from November 25 until December 1, 2021 in a hybrid format. This year’s festival theme is ‘Journey’ and films, non-film events and discussions highlight the journey of human rights implementation in various aspects. From the victims to the activist, and even more the stories of underdogs who inspire the public through their efforts of making a better life and put humanity upfront. As the festival would like to be accessible to all layers of society, all film screenings and fringe events are free of charge. This year a special focus lies on 100% Cinergi, a new programme that focuses on screenings for hard-hearing audiences, visually impaired, and marginalised groups. All together, a total number of 8.000 visitors are expected to attend the festival.

Ecologies of Cinema, a new project by Ambulante, focuses on climate change and the need for Mexicans to relate to this issue. The project consists of two travelling film programmes, supported by post-screening discussions at open air screenings in five Mexican states, from 3 November – 4 December 2021. The project aims to create awareness with new audiences and highlights indigenous activists. All screenings will be free and open to the public. The offline screenings are expected to attract 1.500 to 2.600 visitors, while an estimated 600 to 1.000 visitors will tune in per online event. 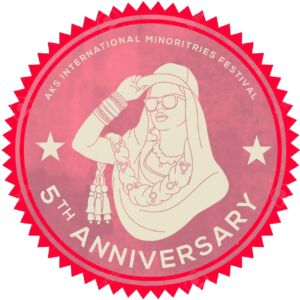 The 5th edition of the AKS International Minorities Festival in Pakistan will be a hybrid event with both major film screenings in three larger cities (Lahore, Islamabad and Karachi) as well as many digital screenings, university and educational screenings, and a mobile cinema at public spaces. The screenings are followed by discussions and dialogue events. The festival intends to create a safe space for minorities and marginalised communities across Pakistan, such as the LGBTQI+ community. The right to love, health and the #metoo movement are some of the themes this year’s programme will focus on. The AKS International Minorities Festival is estimated to attract a total number of 3.000 visitors. 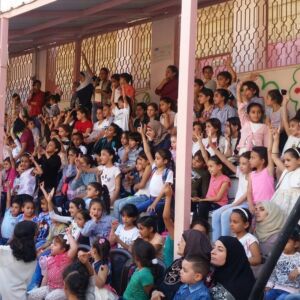 In October 2021, the Area C mobile cinema will be driving through Area C of the Jordan Valley and Jerusalem for ten days. Film screenings are organised each day in a different area, followed by a Q&A session with a relevant film-maker or human rights expert on the issues addressed in the film. Area C Mobile Cinema intends to stimulate and offer a solid platform of arts and culture in Area C, using the power of film to fight racism, injustice, and war. The Area C Mobile Cinema is estimated to reach around 7.000 visitors.

The Active Vista International Human Rights Festival serves as an important platform to implement a narrative change approach to social change in the context of the current human rights situation in the Philippines. The festival aims to engage new advocates and audiences and explore innovative paths for people to take part in the support, protection, and promotion of human rights and democracy. In September 2021, Active Vista plans to organise a hybrid type of festival – utilising both online and offline spaces (if the Covid-19 pandemic allows) to engage the Filipino public in the human rights cause. The festival is estimated to attract a total number of 10.500 visitors. 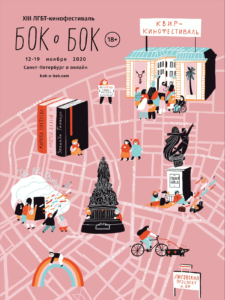 Russia – Side by Side LGBT International Film Festival

In November 2021, the 14th edition of the LGBTQ+ focused festival Side by Side takes place in Saint Petersburg. The festival has an established audience, but this year’s focus lies especially on the development of online audiences. Therefore, the festival will be complemented by online film screenings and discussions, accessible across the Russian Federation. In addition to the film screenings and festival events, many side projects and activities such as online columns and podcasts are organised to maximise impact and outreach. The Side by Side LGBT International Film Festival is estimated to expect a total number of 4.000 visitors, with an online reach of approximately 3 – 4 million. 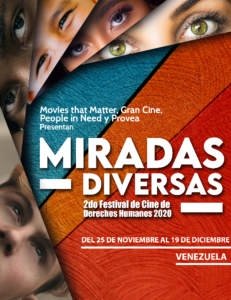 The 3rd edition of the Miradas Diversas Human Rights Film Festival in Venezuela will double its scope by expanding from six to twelve cities. In cooperation with many different local organisations and professionals, producer Gran Cine Circuit presents both online and offline screenings, a film forum, talks, workshops, and discussions promoting the defence of human rights. This year the festival will introduce three competitions: Fiction Feature Film, Documentary Feature Film and the “David Suarez” Short Film Award. With this competitive turn, Miradas Diversas aspires to become an international reference for producers and film-makers with films that gain impact. A total of 3.000 visitors are expected to attend the festival from 2 – 12 December 2021.

We also supported another festival that will remain anonymous for safety reasons.